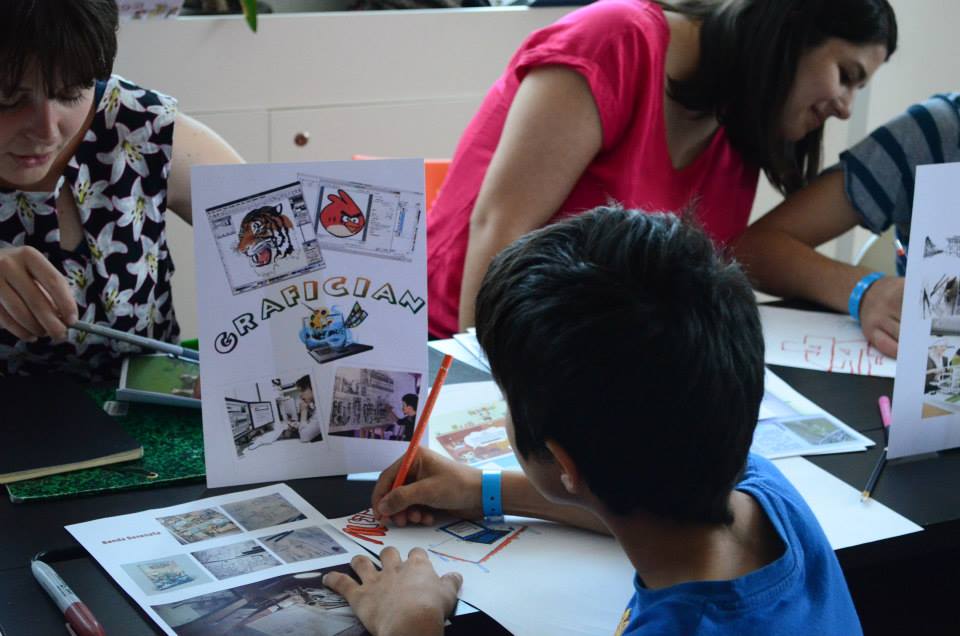 Ajungem MARI (Growing Great) is a love-child Prince Charming. Prince Charming because he grew in one year as much as others do in seven – today, 360 volunteers from 5 cities carry, week by week, the beautiful and difficult task of encouraging children in foster care to “GROW GREAT.” Love-child because it was the result of an unfortunate conjuncture and yet a great desire to help children.

In short, Ajungem MARI is the educational program through which institutionalised kids take part in interactive courses such as Romanian, Math, English, Music, Dancing, Theatre, Plastic Arts and Health Education; they get the chance to visit exhibitions, shows, movies or parks, to visit work places and discover what they would like as a future profession. They get the chance to go to personal development camps and to spend time with volunteers that become their role models and motivate them to “grow great.”

A kick in the butt is a step forward. Or the resources you already have around you.

We came up with the name merely two hours after we got the project idea, on June 8, 2014 at the Femei pe Matasari street festival.

For two weeks, ever since I had handed my resignation, I had been working hard to launch an ample project dedicated to underprivileged kids, in collaboration with an association I believed in. It was a project meant to have a bigger impact than the one I used to coordinate for the other NGO that had hired me, where 200 volunteers were teaching English using interactive methods. I had left because even though I loved the project and the volunteers, I was feeling that these kids needed more than two hours per week.

The enthusiasm of the launch turned abruptly into disappointment when, because of senseless egos, the organisers gave up on the project and disappeared from their own event. I was left confused alongside the volunteers who had followed me from one organisation to another, now thinking about how unfair the story had ended.

That evening was, in fact, the beginning. “What do you mean we won’t make the projects? We’ll make them anyway!,” the volunteers encouraged me. An old friend who came to help me and had promised me two financings told me that I still had her support if I managed to find a legal frame of action. A friend from high school assured me that I can run the projects through his association. Moreover, someone sitting at the table next to ours who was managing the third financing project that we had applied for heard our brainstorming and assured us that the financing would exist. Among these assurances fuelling our confidence in the program we came up with a name: Ajungem MARI (Growing Great). Three hours of work, three financing projects, a group of valuable volunteers and a promising launch at the Street Delivery festival coming up in event 4 days – more than enough time to come up with a site, a logo and a promotional strategy. 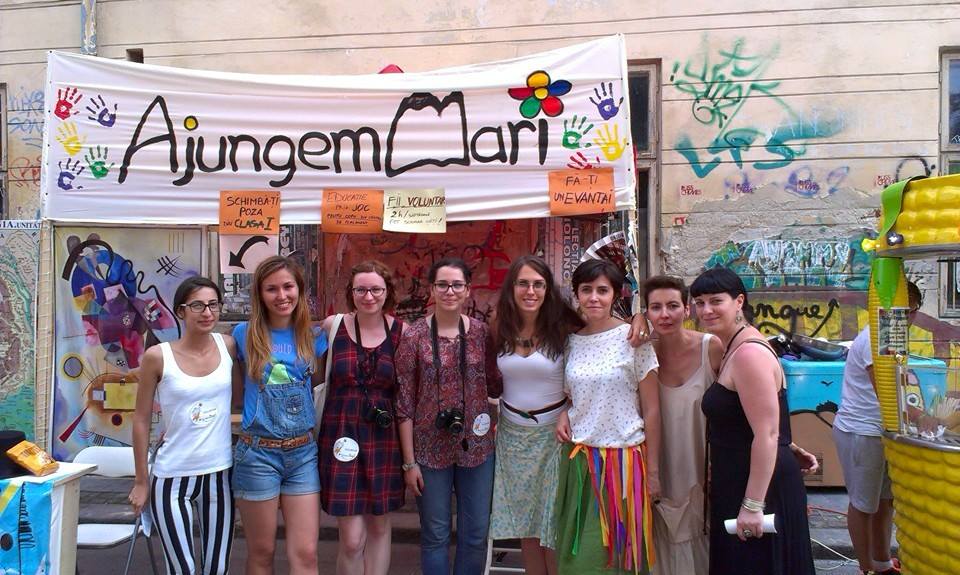 The work that we do requires empathy, patience and energy – ingredients that, no matter how big the budget, cannot be purchased. If there is anything like a recipe of success at Ajungem MARI, the key resource are people, by far.

To reach to 600 children in foster homes took a lot of work of coordination, communication and work. In the first months we concentrated our efforts to seal partnerships with Child Protection, starting projects and raising the first funds to ensure our projects. At the same time we developed the ability to coordinate the volunteers, whose number grew fast – from 70 people during the summer to 160 in autumn and 200 today, only in Bucharest. Next to them we count the 160 volunteers from other 4 cities around the country. High school kids, college students, employees – they all have in common the fact that they perform amazing things each week for institutionalized children.

Events, fundraising and building a community

Visibility is important for the initiatives that are supported by the enthusiasm that drives people to become volunteers. This is the reason we often take part in events that bring people in the streets or… on the stage. We participated at education fairs, but also at many other festivals – InTransylvania, PadinaFest, BurgerFest, Femei pe Matasari and Street Delivery.

Fundraising is, besides the main financing source, an occasion to build a community of people of good will who support the cause in more ways than strictly financial. By meeting our team and seeing what we do, other people come to wish to help in any way they can – with ideas, recommendations, endorsement, advice, invitations and so on.

It is wonderful how, whenever we feel overwhelmed, there is always an impulse from the extraordinary community built around Ajungem MARI: somebody considers supporting the cause by running a marathon, organising a charitable dinner, donating the profits from photography, improvisation workshops or even stand-up comedy shows. Next week, for instance, an artist is donating us henna tattoos, some nice people race each other in a kayak competition (the invitation is open, by the way), and next days we organise a charitable event with pancakes. 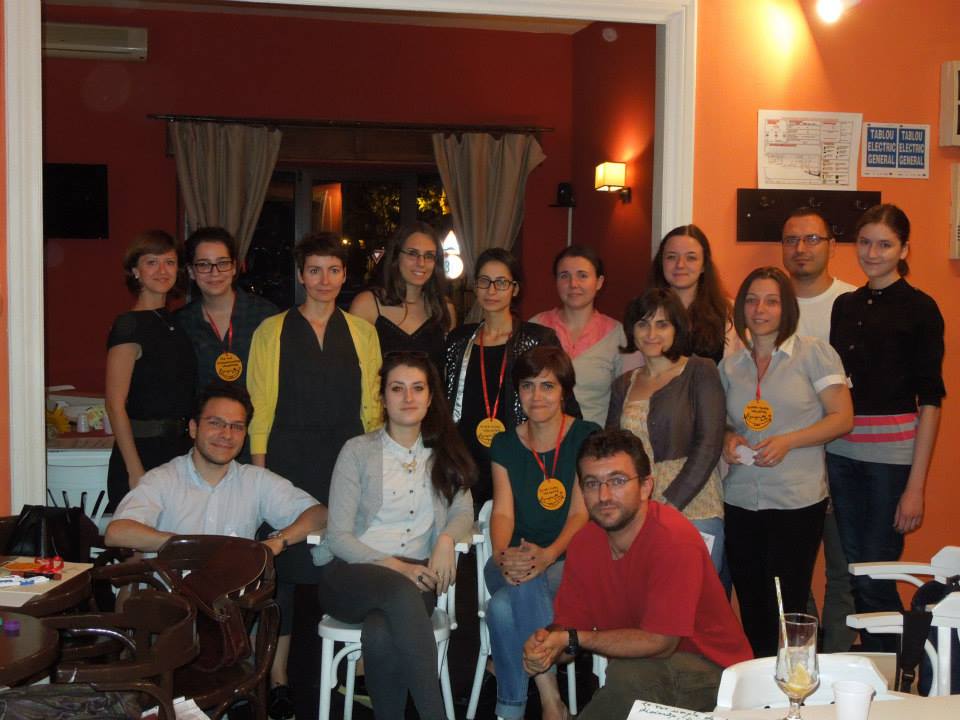 The program expands with the help of our local coordinators around the country, and in Bucharest we managed to consolidate a team full of dedicated volunteers. They coordinate by themselves two projects that work exceptionally without the help of the main team, caught with plenty of other tasks. In “Explorer for a day,” 10 people have organised over 40 activities outside the foster homes with the children since the beginning of the year. Recently we’ve started the “Dare to dream!” project which consists of professional orientation meetings for the children, together with mentors from various fields of activity.

New projects, new events and ideas appear every day at Ajungem MARI and I realise that we can do more of them, and better. During this year we have learned that there are extremely low chances for something that we have in mind to be truly impossible to achieve.

It is possible to manage it all: events, communication, partnerships and accounting papers, contracts and financing. You can learn everything by taking it one step at a time and by asking for help where you can’t seem to find a way. Just don’t start by thinking “it can’t be done.” 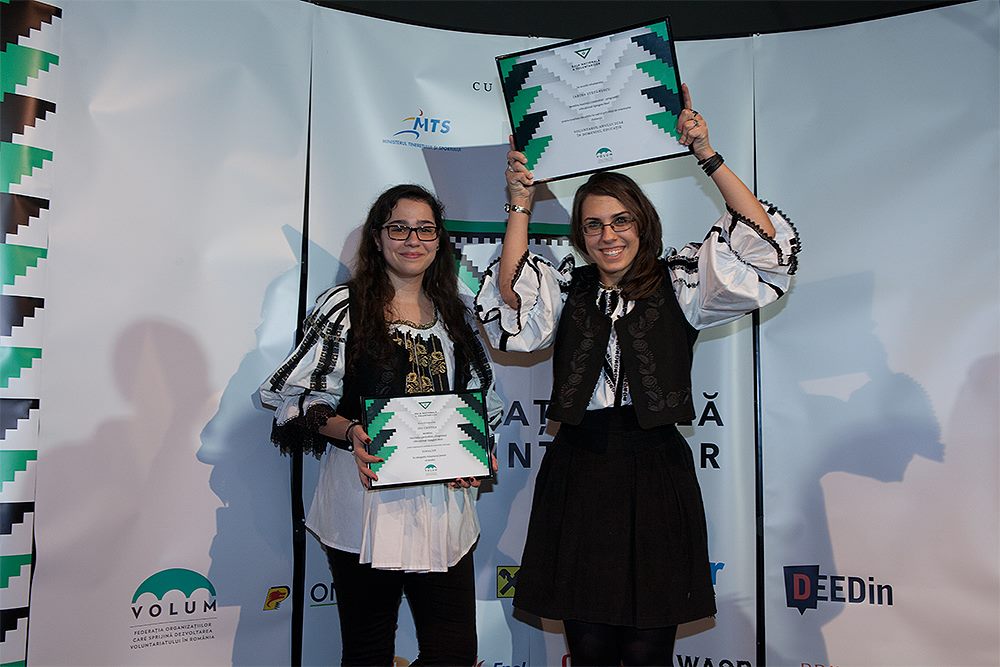 I believe that each one of us can do something to support the children, even if one is inexperienced or hasn’t thought about this until now. Children in foster homes believe that they are all alone in the world, abandoned in the State’s care. They feel lonely and they see their future in very dark shades.

Our message is that every person can support them, especially by acceptance and showing them that they also matter. You don’t have to be a specialist to know how to ask a kid what he likes to do, or to accompany him/her to a movie and then discuss a little what the main characters were doing. We wish for many others to join our program and to “stick” with the kids, become their friends and mentors. They can learn as they go how to work best with the youngest ones – the most important thing to do is to make themselves available.

We also need professionals in our team, especially psychologists and coaches, and people to help us organise and communicate better, so that we will be able to involve more volunteers. We hope to build a team of volunteers that write, create graphic, present the project in future volunteers circles, organise events, even by only giving two hours a week for our cause. Also, it would be great if we managed to bring a team of volunteering psychologists that believe in the chance these kids have and want to help them develop – even through a small involvement, starting from two hours each week.

At the workshop, I will put together various ideas about working with volunteers, ambition and perseverance, but also about a network of dedicated people from the Ajungem MARI community that can support other initiatives. Also, I hope to find there other people that believe in what we do and are willing to offer a little of their time and abilities to raise our children.

How to start volunteering?