Why be proud of the twitterstorm & where does it all go?

Earlier today, the twittersphere has seen over 800 #Lote3 tweets from 86 Edgeryders, unMonasterians, Materani tweeting simultaneously! our enthusiasm has reached over 120 000 people across the world in roughly 2 hours. The Edgeryders website was accessed 1905 times today, and half of our visitors were newcomers.

But it’s not about the numbers I think. We wanted to do this to get a preview of what Lote3 is really about: a smart, fun bunch of people committed to the same goal of working for the social good and getting better at taking action against the socio-economic climate we’re navigating; and all together, because “bringing change is hard and often thankless work”. Perhaps not anymore? Thank you to everyone who showed up on a Monday morning, some at work or even traveling, and tweeted in English, Italian, Portuguese, Russian, Swedish, French, German, Romanian. 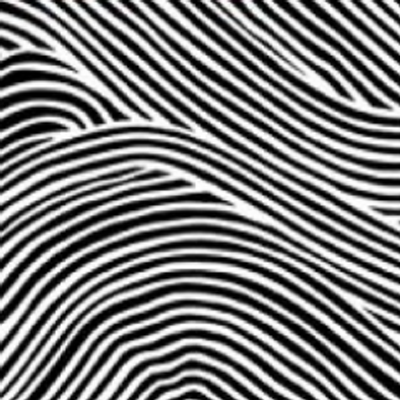 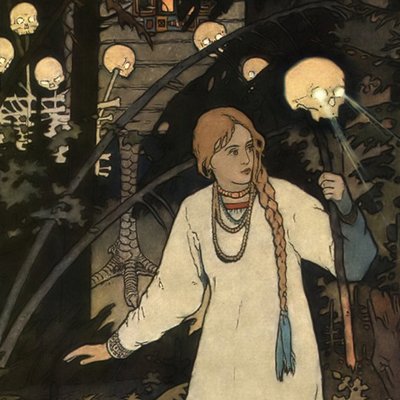 Also heard & loved on twitter today: Lote3 as a wild festival of practical creativity; as “cibo per il corpo e per la mente”; Edgeryders as a “think-in” and “do-ocracy”, teaching ourselves to move from bystanders to a community of support, and doing instructive, audacious and impacting stuff.

We aimed at running the show with Matera and the 2019 Committee and it shows, as we have been trending in Italia: 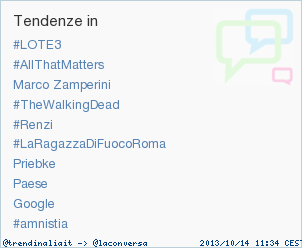 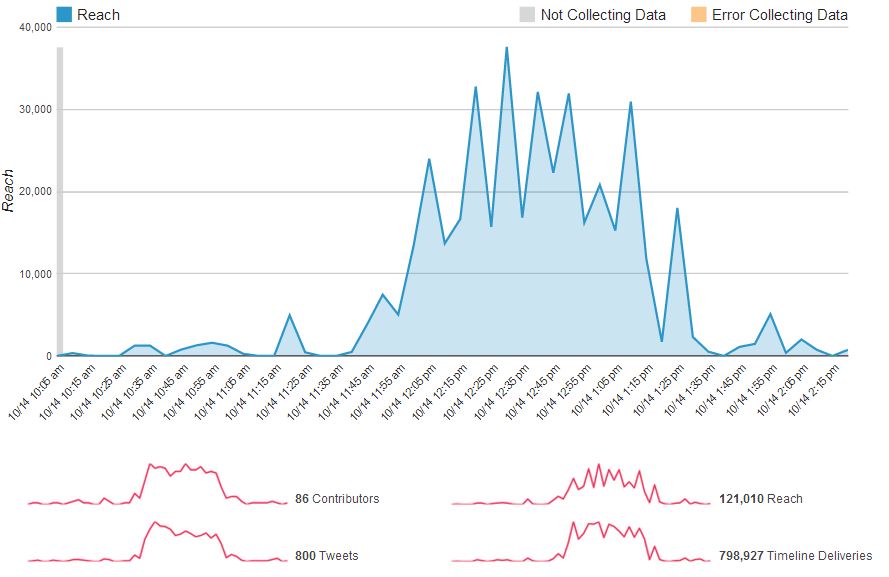 Very curious to see what everyone thinks: was it useful? did you enjoy it? was it mind numbing in a good/less good way? would you do a twitterstorm for your project? Thanks again everyone, and as someone said today, see you at #Lote3 and bring your brains and toys with you! :))

1 Like
About the Team: Social Media Category
And so it begins: LOTE3 is here
Edgeryders LBG: the vision and a midterm checkpoint
Next: link up the three STF countries to each other and the the broader Edgeryders community
Create press release for twitterstorm
Resources for Crowdstorming on twitter
[Draft]: Campaign Rewards
noemi July 31, 2017, 6:38pm #2

As I am reporting this & synthesizing I’m thinking: how about something like “Run your own twitterstorm” is an example of input for the unMonasterian’s Cookbook, a resource pulling key lessons from the Lote experience? A couple of short reflections or how to’s would be:

Why throw a twitterstorm?

It’s a cheap way to raise people’s stakes in your project and initiative, money and time wise, kind of like a free marketing tool. There are, however, quite important aspects to care for, namely that the twitterstorm is a collective effort. A successful twitterstorm generates conversations, doesn’t just push content into the world; the message doesn’t travel from A to B, C and D, you want to see B & C interacting and building on it together.

When? ideally you’d organize when interest in your project is sensibly reaching a peak aka when you’ve got some leverage.

How did Edgeryders do it?

We allocated 1 full week of work and preparations (can do it well with a core group of 2-3 people), spreading out the news, invitation with instructions for people to join, preparing a core set of roughly 60 ready made tweets to be translated in multiple languages, then pushed and spread in a semi-coordinated fashion.

What went well and what we can do better (growing list…)

I would add engagement. Especially with pre-composed tweets and lots of retweeting, the risk is to push content out rather than engaging people outside the core group. Engaging means this; monitoring retweets and above all replies, so that people that stick their neck out can be engaged, retweeted etc.

I found it useful, actually, to take time to compose tweets in real time rather than copy-pasting those in the GoogleDoc. This may sound more natural to some than seeing the same copy coming out of different people – if only because my followers follow ME, so they must like something in my tweeting. Those authored tweets seem to have gotten more retweets than the copypasted ones. The rcord for me was 11 retweets for a tweet.

“I found it useful, actually, to take time to compose tweets in real time rather than copy-pasting those in the GoogleDoc”

Might seem obvious, but actually, important: when tonnes of people tweet the same tweet, it does appear a but spamlike. I found it useful to think of my tweets a bit in advance, queue up some and compose some in RL.

Another thing that also seems obvious, but important: add more related hashtags to tweets tagged with a main twitterstorm hashtag, (and hashtags related to ones related to the main one), so that the tweeps who don’t know about particular twitterstorm happening can come across it while looking at other hashtags.

Last thing: some of the prewritten tweets should have 110-120 characters, not full 140, so that people can add something when they tweet and RT.

Thanks guys, you are prefectly right. And you can also prove that, K I remember seeing some very witty tweets coming from you, @AngryRussia & Co. :-)

fascinating dynamics … I’ve been watching from the sidelines how it came together and how it happened and had a few thoughts: it takes a community to make it happen, it is fairly work intensive (preparations) and I can’t imagine myself initiating something like this … it is an outward moving energy that is not in my nature … and I assume there are others like me.

With that in mind I wonder if it possible to envision and one day create tools that will make this kind of effort more accessible … here is a small burst of brainstorming with me, myself and I - a “twitterstorm machine” if you will - a set of tools for:

A lot of these “tools” exist in a fragmented way (knowhow, existing online tools, etc.) … what if they were brought together in a useful/repeatable way?

Imagine all that as a ready-made black-box!? Would others want to use it? Would this not be more valuable then a “cookbook” manual that I have would have to read, wrap my hands around and try to reproduce on my own? Would others pay to use it?

In the spirit of “making a living” I believe that ideas that actually serve us and our needs have good potential to be successful initiatives. We can better gauge their value, better communicate them to our peers, better design and better get people on board, etc.

I remember I saw you in the twitterstorm, and it does make a difference.

You are right, it would be great to have those. we’ve used most of the above as part of a discovery and improvement process: for example 1, 2, 4 and 6 in your list were present, but designed and implemented as we went, most of it manually: example manually harvesting tweets from all the writeups we had, manually elaborating set of instructions, manually translating and managing content. Only archival and analytics were generated automatically.

honored to have taken a (very small) part in it.

what isn’t in the list is the behind scenes organization and effort that went into making it happen.

I am wondering about an online space tailored for this kind of production based on the dis-integrated activities that made it happen.

Does anyone else believe this can be worth exploring? Would anyone like to explore this?

diversity is an important aspect

I don’t really tweet that much, and very seldom would I send out more than 2 tweets in a row on the same subject, so I was worried that people who follow me might think I was spamming, or just some nut who’s ranting crazily about something… I wondered what people who don’t follow any other Edgeryders might think - but having everyone else doing the same made me feel more comfortable to ‘spam’ - as long as some of my spamming was retweeting interesting stuff from other people.

it showed that this outburst wasn’t just one lone nut, but a group of slightly nutty people with different interests and backgrounds who all agreed to rant crazily about something. It made it clear to anyone seeing my tweets and those I was retweeting that “hey, there’s something going on here.” The variety of subjects and sentiment also made it easy to pick out a handful of disparate things that represented what I was most excited about at LOTE3 and what I felt my followers would be most excited about, while (hopefully) making it clear that there was plenty more happening for people to find out about, or get involved with.

Having enough people involved also made me feel like I could go at my own pace and just send out something every 5min or so and still feel momentum, and seeing everyone working together to drum up excitement reminded me of all the great things planned for the event. I think it was a real morale boost for participants. Thanks to everyone who organised it and took part!

Sam, I totally agree. It is important that each participant maintains her own style and does not try too hard to Twitterstorm. People who have chosen to follow you have learned to expect from you certain patterns of behaviour, and they might feel spammed if you go too far out of those patterns. The Twitterstorm is real collective intelligence at work, because it’s not so much what you do, or what I do: it is the pattern of interference of the coordinated (but not standardized, and not command-and-controlled) behavior of many different people that conveys the message. Just as you say: “hey, there’s something going on here”. I think we have made a small discovery here, on par with the community calls (have you ever been in one?): a small piece of communityware, social norms + software tools to achieve stuff that individuals just don’t do as well. 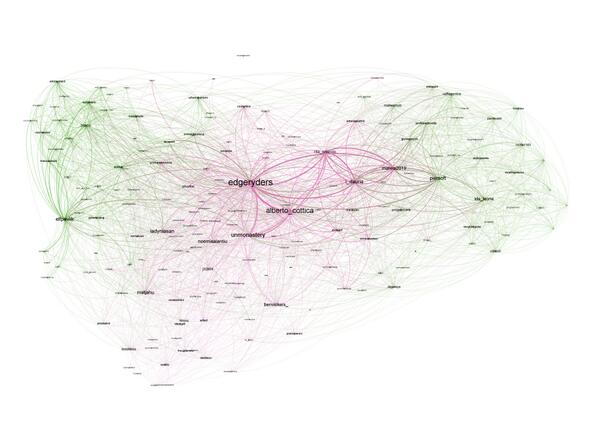 Well, this is all very impressionistic– all I did was put [Ben]'s (thanks, Ben!) data in Gephi, and edges here represent three kinds of relationship (follow, mention and tweet – the latter for loops, it seems). But even with this representation it is very clear what’s happening here: the colors stand for subcommunities in the modularity-maximizing partition (modularity 0.322, quite high); the size of the fonts for betweenness centrality, often associated with brokerage in the literature.

The red people in the center are the core  Edgeryders-unMonastery crowd. The green people on the left are mostly Materans or people close to them; and the blue people on the left look very much like the Ouishare crowd. The story this picture is telling is that of three communities coming together for the Twitterstorm, with the ER-uM located centrally and brokering the relationship between the two “wings”. Within communities, it is easy to detect leaders (Matera2019, Piersoft, ida_leone and i_dauria among Materans; edgeryders, unMonastery, Ladyniasan and benvickers_ among ER-uM; elfpavlik, ouishare, antoleonard among Ouisharers). Some people have special brokerage roles between communities, like alberto_cottica, benvickers_ and others between Materans and ER-uM; yrofopensource (aka [Sam Muirhead]), adora__ (aka [Dorotea]) and others between Materans and Ouisharers; justynakrol, undpeurasia and others between Ouisharers and ER-uM.

Which kind of makes sense and promises a great LOTE3.

Twitterstorm is going strong on retweets - presence.  Though, the value of it as a conversation looks a bit underexplored. Have a look at “who replies to whom” with the hashtag during the last twitterstorm.

I suppose, the way to go about it is, next time we do a Twitterstorm, to emphasise the importance of questions and replies - conversations.

May be include questions in the list of tweets coming out, and ping people who would like to answer them? It requires more preparation, but I think totally worth it. Get questions from the interested ones, and make a call to answer them to fellow twitterstormers? Make it longer? Look at and customise existing twitter conferences such as #tchat

I would like to explore the conversation side of ER twitterstorms. Any suggestions?